On Sunday 18 December the Mail on Sunday (and MailOnline) employed their usual jaw-dropping reductive skills to totally miss the point that should be made about International Aid Agencies.  If you didn’t see the article, the Mail reported on how charity CEOs were creaming off large salaries from the money that was being granted to them from the UK Department of International Development (DFID).  There were the usual misleading statements, falsehoods and inflammatory implications that we have come to expect from the Mail:

Unsurprisingly I didn’t trust the Mail’s analysis abilities and did my own straightforward analysis of income, expenditure and salaries at the organisations mentioned in the article, set out in the table below.  The key two points from this analysis are:

Analysis of the Income, Expenditure and CEO Salaries at the Organisations mentioned in the Mail on Sunday Article

But the point that the Mail missed in highlighting the size and wealth of most of these organisations is whether large development agencies really are or should be charities.  Or could they possibly be better defined as social enterprises, or in some cases private companies.  I have written previously about this and it deserves to be highlighted again: large development organisations are complex operations and in most cases multi-national operations.  Are they really the same type of organisation as the small local charity that delivers a local service in a neighbourhood in the UK, France, Germany, Canada, the US?  It no longer makes sense that these businesses are classed as charities in the UK and their status as charities might actually be misleading to their own supporters (never mind tunnel-visioned outfits like the Mail).  Organisations like Save the Children, Marie Stopes, British Red Cross should consider whether they will better respond to their vision and missions as social enterprises or some other form of incorporated business, but I don’t believe that a charitable status is necessary these days for what these organisations are trying to do.

However closer consideration of the Mail’s article reveals that its real aim is to score political points against the left, liberals and internationalists and not seriously challenge what some might see as overblown and inappropriate salaries.  The Mail used an unrelated photograph of Stephen Kinnock and Helle Thorning-Schmidt when she was Prime Minister in an effort to discredit their liberal credentials and took a swipe at David Miliband without real evidence.

The real impact of the article seems to be to increase the lack of trust in charities if the reader comments are to be believed.  Not just in international development agencies, but trust in smaller UK charities not related to the article appears to have been damaged.  Something that the Mail probably didn’t intend to happen and increasing the transparency and accountability pressure on charities and NGOs, which do need to change the discourse and urgently improve how they engage with the public.

What do you think about the MailOnline article?  Do you think that large international development NGOs should be charities?

“We become like that on which our hearts are fixed. …We are gods in the chrysalis.” Elbert Hubbard Two weeks ago I wrote about understanding your vision for social impact very well to avoid unintended Read more…

I’ve been working on a social return on investment analysis for a carbon storage programme in Indonesia, when I came across a relatively new concept in valuing social impact.   The project currently uses the Climate Community Read more… 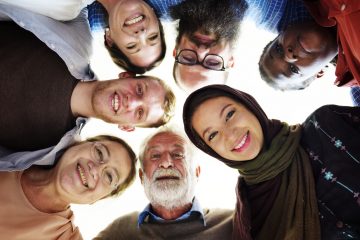 Access and inclusion: its about the kind of world we want to live in

In July I wrote about how important a rights-based approach to access is becoming and about how equity is sometimes more important than equality. Last month, the UK government and devolved administrations demonstrated spectacularly why Read more…