Do ‘organisations’ have a role in the future of Social Impact?

About four years ago I wrote about the negative press that civil society organisations were getting in the UK press and what this meant for the sector. Recently I saw a headline that read something like “Charities are on their way out.” It reminded me again that we take the future of civil society organisations for granted. While I previously outlined that charity as we know it is probably alive and well at a local level, where people can see the results of their charitable giving first hand, in their own communities; I do still think that larger organisations working at a national and international level on complex issues are in for an increasingly rough time.

Extinction Rebellion is changing the face of civil society – get used to it
Extinction Rebellion has shown that it is possible to be a ‘non-organisation’ and still get results. Its use of holacracy has enabled it to scale rapidly whilst staying decentralised. This model is a challenge to traditional civil society models and makes it harder for traditional organisations to get their message through. We already know that younger people are more focused on ‘causes’ rather than ‘organisations’ and that this is likely to continue to be the case.

Partnerships will become more important
Yes, partnerships is one of my ‘trends for 2020.’ But it is increasingly the case that where a cause is getting hough profile coverage, it is most likely supported by organisations working in partnership and at the intersection of different causes that affect the same community.  Third Sector reported on this last year with an article about the changing relationship between young people and charity. Working in partnership to achieve a common aim (albeit from each organisation’s perspective) must become more important and see civil society organisations working together more often than they have in the past.

The narrative is more important than facts, for now
We live in a post-truth world where mainstream media narratives and social media narratives are all important (I hope someday this will change). Influencing these narratives is all important at the moment to getting key messages out amongst supporters and beneficiaries. What will be obvious from your own social media streams and the daily news cycles is the prevalence of ‘issues’ rather than key messages from organisations – just spend five minutes scrolling through your feeds and you’ll see this is how it is.

So how do organisations respond? Well, from a purely practical point of view even movements like Extinction Rebellion need to have a bank account, which means at some level it is an organisation. Organisational structures and forms such as ‘company limited by guarantee’, ‘registered charity’, ‘charitable incorporated company’ and ‘community interest company’ aren’t going anywhere any time soon. But how you choose to run your organisation and the relationships that you establish with stakeholders and partners will matter increasingly in the future. Trust, partnerships and collaboration will become watchwords for future civil society workers.

So in short, there is a role for organisations in the future of social impact, but not the one that you imagined!

What are the key issues for Civil Society in 2021? 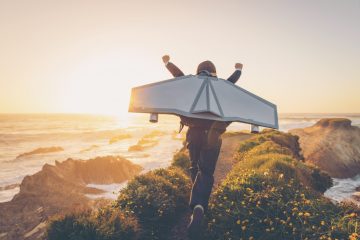 How to reset after an awful year

Hopefully you had a chance to take some time off over the festive season.  To recharge and refresh and think about the key principles that guide your life. If, like so many of us, you Read more…

Understanding the Impact of Blended Funding

Here is something to ponder on over the holidays. I’ll also admit that I don’t have the answers here and will be pondering it myself. I’ve been speaking with a lot of philanthropists, social investors, Read more…